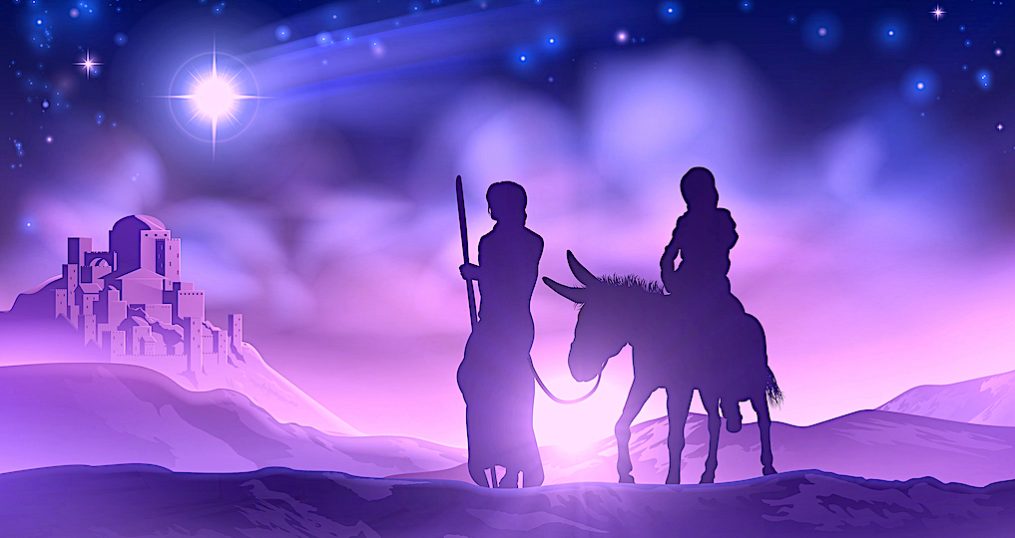 We naturally attribute the term ‘Dreamer‘ to ‘Joseph the son of Jacob’ in the book of Genesis.
However, ‘Joseph the son of David,’ the earthly father of Jesus, was an even ‘greater dreamer’ whose role was vital to the Christmas narrative and for the salvation of the World!
How Joseph responded to his 4 dreams helps us to define our role in God’s Mission and in discerning the divine guidance and the obedience it requires.

Dreams are important to God’s Mission.

Dr. David Yongi Cho said that visions and dreams are the ‘language of the Holy Spirit‘ referring to the promised outpouring in Joel 2:28 at Pentecost.
Mission Leaders are Dreamers of seeing God’s purposes and promises fulfilled on earth!
John Maxwell quotes T.E. Lawrence to note that:

“All men dream: but not equally. Those who dream by night in the dusty recesses of their minds wake in the day to find that it was vanity:
but the Dreamers of the Day are dangerous men, for they may act their dreams with open eyes, to make it possible.”

He further notes that a ‘dream’ can inspire “a picture of the future that energizes your mind, will and emotions, empowering you to do everything necessary to achieve it”

Instead of ‘Dreaming of a White Christmas’ (which only those in the Northern Hemisphere can understand), you can adopt Joseph’s 4 Dreams for a ‘Bright Christmas’ this year!

The 4 Dreams of Joseph: Read on:

God is offering you a greater plan instead of your personal agenda.
Joseph was in a real dilemma!
His bride to be, Mary, was pregnant through ‘Someone else’!
Because he had promised to marry her, he was obliged to be “faithful to the law”; and yet  “did not want to expose her to public disgrace.”  To avoid both, He planned “to divorce her quietly” (Matthew 1: 19).
It was while considering these options that:

“an angel of the Lord appeared to him in a dream and said, “Joseph son of David, do not be afraid to take Mary home as your wife, because what is conceived in her is from the Holy Spirit.

While there are many options in Christian ministry today, God wants us to embrace a greater calling in Missions just as Joseph did in response to this dream!

Patrick Johnston in his book ‘The Church is bigger than you think’ differentiates ‘Mission & Missions’: He notes that the ‘Mission’ is God’s overall plan for the redemption of humankind and for the world itself at every level (Rom 8: 18-25), while ‘Missions’ are the varied human initiatives to further God’s mission.

Joseph was offered this privilege of ‘taking up’ God’s Mission!
You notice that each Dream had a prophetic fulfillment as well as a call to obedience.

“When Joseph woke up, he did what the angel of the Lord had commanded. “

“Get up,” he said, “take the child and his mother and escape to Egypt.”
While the wise men celebrated the Savior’s birth, Jesus’ life was in danger because the Mission of God was a threat to Herod’s Kingdom of darkness.
Generally, seeking refuge in Egypt was a contravention to Jewish thinking. Yet, God had a bigger plan. He was including Egypt (the World) in His plan of Missions. Hudson Taylor said that God’s Mission must be done in God’s way.
We see in Genesis 46:2 that despite Jacob’s reluctance to go to Egypt, God affirmed to him in a dream: “do not fear to go down to Egypt.”
In Acts 16, despite Paul’s zeal to go to Asia, he was prevented and a ‘dream’ led him to Macedonia to plant the first Church in Europe!
Dreams tells us to be sensitive to the Holy Spirit’s guidance in our obedience to God’s Mission.

“So he got up, took the child and his mother during the night and left for Egypt. And so was fulfilled what the Lord had said through the prophet: “Out of Egypt I called my son.””

Dream 3. “Return to the Land of Israel!”

“Get up, take the child and his mother and go to the land of Israel” (Matthew 2: 19-21)
God’s Mission calls us to return to our original task: ‘The Great Commission.’
Joseph’s dreams involved constant movement and there was no room for complacency.
He could not settle down in joy the Shepherd’s worship; neither in the wonder of the gifts of the Wisemen; nor live in the security of Egypt.
If your Church or ministry has settled down to ‘business as usual,’ let these dreams awaken you from complacency.
David J. Bosch wrote describing how Missions impacts our ministry saying that
“Missiology acts as a gadfly in the house of theology, creating unrest and resisting complacency, opposing every ecclesiastical impulse to self-preservation, every desire to stay where we are …and every exaltation of the self-sufficiency of the individual over other people or over other parts of creation.”

Going to Nazareth
“Having been warned in a dream… he went and lived in a town called Nazareth. So was fulfilled what was said through the prophets, that he would be called a Nazarene.”  Matthew 2:22-23 NIV

Our Identity and Destiny can only be found in the place of God’s Mission!
Joseph’s Son did not define his identity by His experiences or by his destinations. He was identified by His Calling. Nazareth was where he was called to grow and be identified in His ministry.
He was not to be identified as ‘Jesus of Bethlehem, Judah, or even Egypt!’
If you are trying to define or design your identity in ministry, may the Dreams of Joseph lead you to your Destiny in the ‘Mission of God.’

Think About This!
Although the world questioned: “Can anything good come out of Nazareth,” it was the Jesus of Nazareth’ that:

Let us embrace God’s Dream of His Mission to share the Gospel with 1.2 Billion Moslems, 1 Billion Hindus, 800 Million Buddhists, over 4000 Unreached People Groups, and millions of other lost people the message that:
“God anointed Jesus of Nazareth with the Holy Spirit and with power. He went about doing good and healing all who were oppressed by the devil, for God was with him.” (Acts 10:38)

Thank you for your Intercession for Missions in 2022.
Wishing You a Blessed Christmas and a Bright New Year!