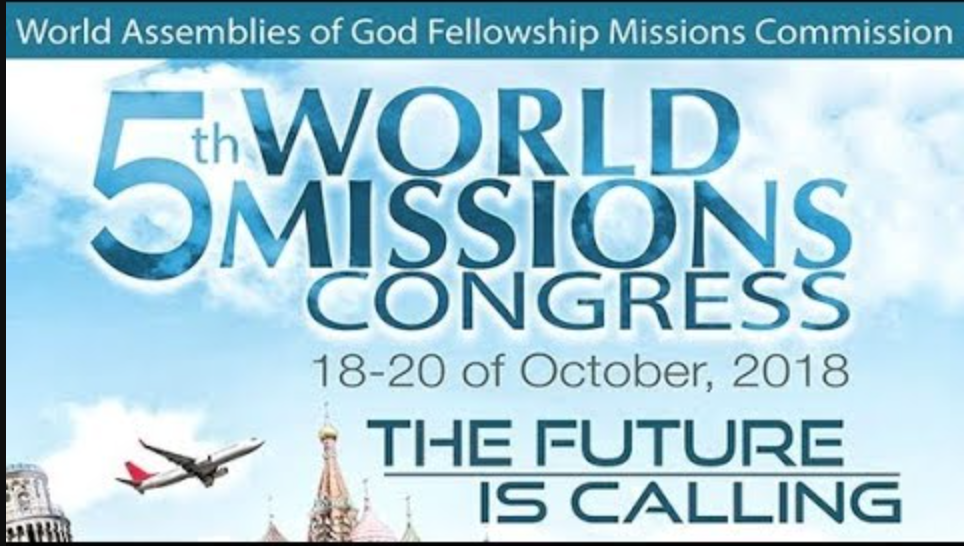 The 5th World Missions Congress was held in Madrid, Spain from October 18-20th 2018.

There were around 1300 participants from 91 nations around the world who gathered together to be inspired and Challenged to ‘Finish the Task of the Great Commission.’ It was a sold-out event and over 200 applications turned down and we praise God for the keen and enthusiastic participants from around the globe who united themselves as one voice to be a dynamic Pentecostal Missionary Movement.

The focus for each day was “Obligated, Eager and Empowered” highlighting the Biblical text of Romans 1:14-16:

“I am under obligation both to Greeks and to barbarians, both to the wise and to the foolish. So, for my part, I am eager to preach the gospel to you also who are in Rome.

For I am not ashamed of the gospel, for it is the power of God for salvation to everyone who believes, to the Jew first and also to the Greek.”

Mission Leaders from around the world spoke on each area to mobilize the Church and National leaders to commit themselves to World Missions.

Some of the key Highlights were:

• Missions Leaders Forum brining together National Superintendents and Leaders to discuss Strategy for Missions.
• Plenary Sessions featuring Speakers and testimonies of what God is doing around the world.
• Reaching the goal of 102 National AG Councils having Sending Missions Departments.
• Commitment to reaching the 6000 Unreached People Groups of the world and Finishing the Task.
• 12 Workshops focusing on various aspects of ministries relating to Missions.
• Focus on mobilizing the Next Generation to Finish the Task.

We seek your continued prayer for the follow up action from this Congress which will contribute to the advancement of the Kingdom of God in the world.

How to pray Missions

Did Jesus’ Mission on Earth last only for 15 Hours?

Praying for the World Geographically