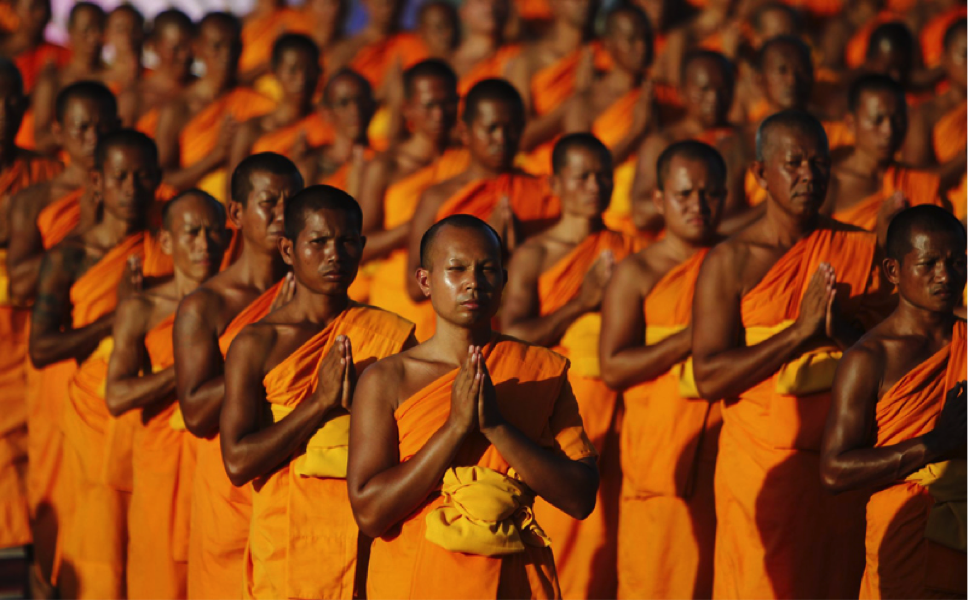 The Challenges of Reaching the Buddhist People.

During May 15-16th the Buddhist people around the World celebrate their holy festival of Vesak Holiday which marks the birth, enlightenment, and the ultimate passing away of the Buddha.
We seek your intercession and prayer for the Buddhist world that God will open their eyes to see the truth of the Gospel of Jesus Christ.

Pray for a Breakthrough in the Buddhist World.

Therefore, I exhort first of all that supplications, prayers, intercessions, and giving of thanks be made for all men,For this is good and acceptable in the sight of God our Savior, who desires all men to be saved and to come to the knowledge of the truth. For there is one God and one Mediator between God and men, the Man Christ Jesus,

Being the 3rd largest world religious block after Islam and Hinduism, there are 470-920 million Buddhists (the higher figure if the Chinese, Japanese and other intermingled ethnic religions are included). Buddhism is the state religion of four nations in Asia, the majority in a further three and a significant minority in yet another nine. The majority of this total is actually a mixture of Buddhism with Chinese religions, Daoism, Confucianism and Shinto. The various religious systems are so intermingled that a clear differentiation is hard to make. If observers of all these religions are added together, the total virtually doubles the population of the Buddhist world.

83% of all these Buddhists will never have an opportunity to hear the Gospel from a Christian!

Over a half-billion Buddhists in more than 670 people groups worldwide need to know the transforming power of the gospel of Christ. Yet, nearly four in five of them are least-reached: They don’t have access to a church that preaches the gospel and worships in a culturally relevant way.

‘Change the Map’
15 Day Prayer Guide for the Buddhist World.

Join Now in Prayer with this 3 minutes Video by PrayerCast.

Prayer Points for the Buddhist World

Taken from ‘Pray for the Buddhist World’ by YWAM

How to pray Missions

Did Jesus’ Mission on Earth last only for 15 Hours?