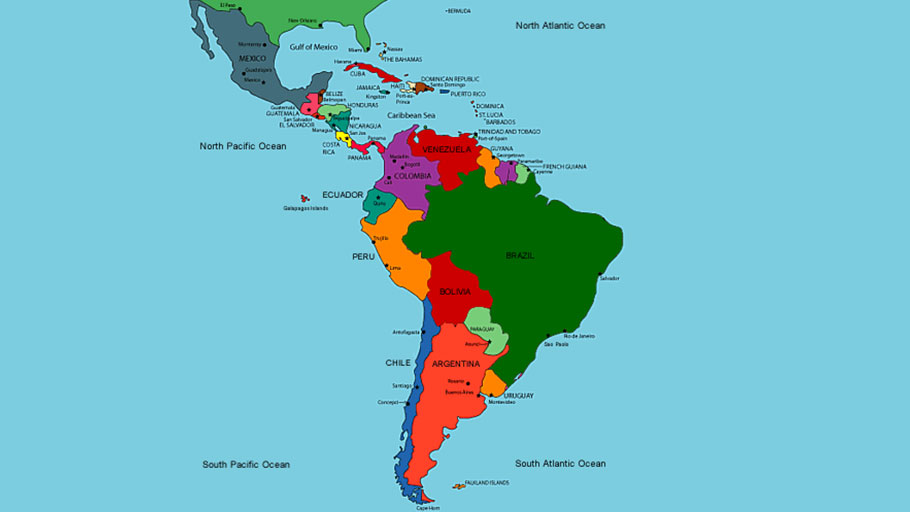 Latin America and the Caribbean

The Assemblies of God in Latin America and the Caribbean is growing despite political uncertainty, economic instability and social unrest. Researchers refer to the expansion among Pentecostal churches as “the most successful social movement of the past century.” The growth is attributed to the absolute priority of emphasizing the person and work of the Holy Spirit. Whatever is accomplished is by God’s power and through His might.

As word spread of the spontaneous outpouring of the Holy Spirit at Azusa Street in 1906, groups of hungry believers gathered in cities and towns to experience an infilling. Many of the newly baptized sensed God’s leading to evangelize overseas, and some felt specifically called to Latin America. By 1910, fervent Pentecostal missionaries had established churches in Argentina, Brazil and Chile.

These fellowships grew through door-to-door witnessing, evangelism crusades and church planting. Signs and wonders confirmed God’s Word, and many people came to faith in Christ. Still, persecution was strong. New believers suffered ridicule and were ostracized, and missionaries were sometimes forced to flee to other locations. But the church continued to grow. Rapid church growth and church planting efforts intensified as verifiable miracles influenced people to attend mass evangelism events where thousands committed their lives to Christ. Several media outreaches also played significant roles in spreading the gospel. By 2000, large segments of the population in several Latin American countries attended Assemblies of God churches.

Impressive church growth in Latin America demonstrates that God is helping missionaries and national believers fulfill His mandate to release the power of the gospel in every corner of every urban center, barrio and village of our region.  Nearly 27.3 million people now attend more than 198,000 Assemblies of God churches in the region.

The Assemblies of God in Argentina continues to show phenomenal growth. More than 934,000 believers worship in 1,154 churches. Twenty-five years ago, not one AG church had more than 700 members. In Buenos Aires today, three churches have more than 20,000 believers each. While large evangelism outreaches account for much of the church growth, the Fellowship also emphasizes relationship development and discipleship —primarily through cell groups, witnessing, training for ministry, church planting and missions. More than 140 Argentine missionaries are ministering abroad, and eight serve as home missionaries.

Church growth in the Brazil Assemblies of God is overwhelming. Nearly 21.5 million believers worship in more than 148,000 churches and preaching points, and the national fellowship is committed to reaching the entire nation for Christ.

In other areas, megachurches with more than 10,000 members in Managua, Nicaragua; Guayaquil, Ecuador; and Tegucigalpa, Honduras, are meeting community needs with evangelism and discipleship programs, schools, and compassion ministries.

One 200-village area of Guatemala has no form of gospel witness, and an indigenous tribe in Venezuela still has never heard that Jesus died for their sins and came to bring them life. Other largely unreached groups include these:

People to find Christ and be baptized in the Holy Spirit

Political and financial stability in the region

Freedom to preach the gospel in unreached areas

Safety for missionaries and national believers in high crime areas