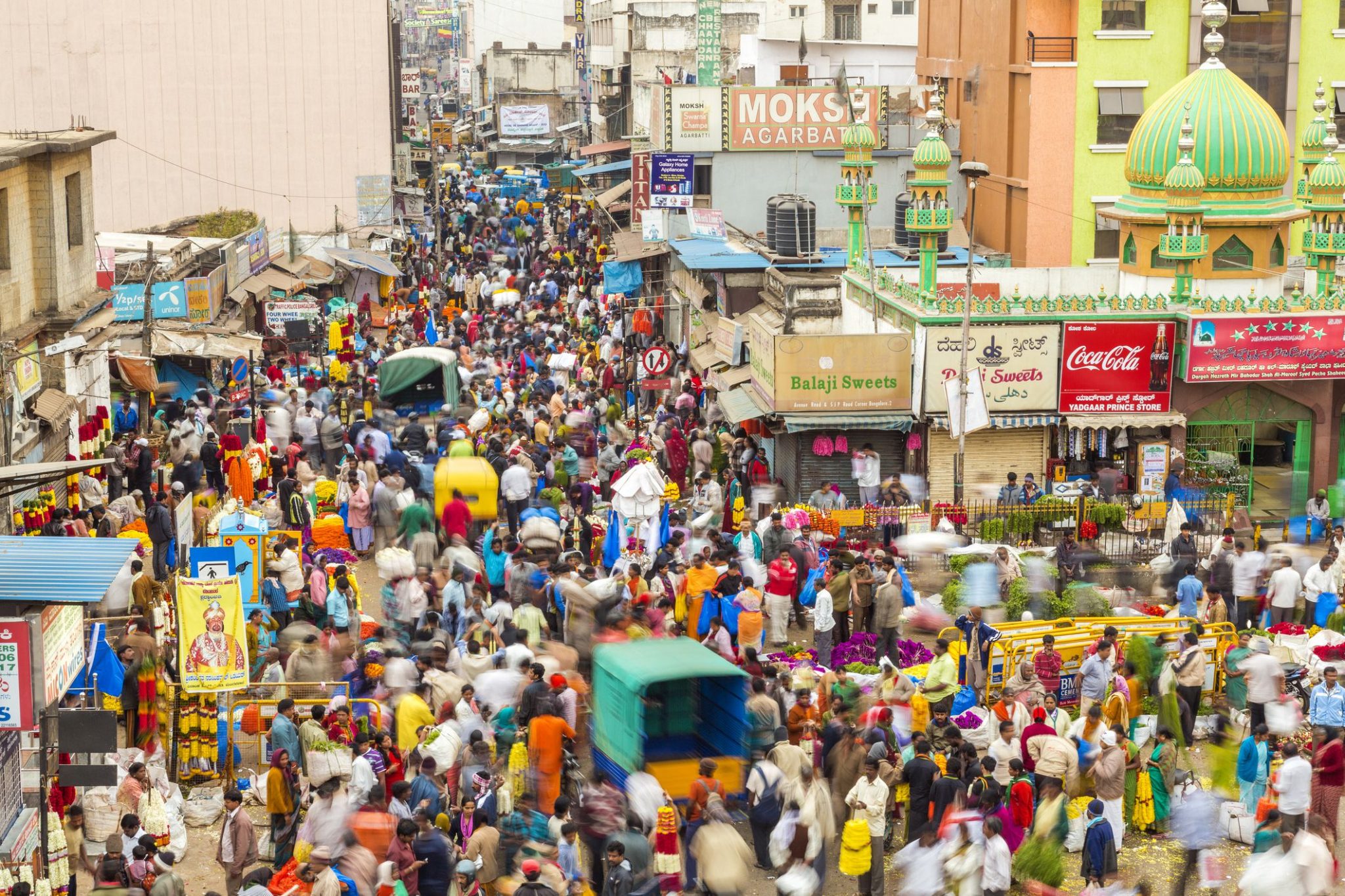 According to the Election Commission of India, the electoral strength in 2014 is 814.5 million, the largest in the world.  There is an increase of 100 million newly eligible voters. This also will be the longest and the costliest general election in the history of the country with the Election Commission of India estimating that the election will cost the exchequer US$ 500 Million, excluding the expenses incurred for security and individual political parties.

Parties are expected to spend about US$5 billion in the election. This is three times what was spent in the previous and is the world’s second highest after the US$7 billion spend on the 2012 US Election.

India has 6 recognised national parties, including the Indian National Congress (INC) and the Bharatiya Janata Party (BJP), and more than 40 regional parties that have their presence in one or more States. The Congress is considered centre-left or “liberal” in Indian political culture, and the BJP centre-right or “conservative”. For most of the period between 1950—when India first became a republic—and the late 1980s, the Congress held a majority in the parliament. Since then, however, it has increasingly shared the political stage with the BJP, as well as with powerful regional parties which have often forced the creation of multi-party coalitions at the centre.

India and the Bible:

The only book in the Bible where India is mentioned, God is not mentioned!

Yet, in it the hand of the Invisible God is manifestly demonstrated in a World Empire revealing His divine purpose through His ‘chosen people’ Israel.

The Kingdom of Persia who ruled from Cush to India (Esther 1:1) was in a crisis which led to an Election of a Queen! Just as God moved sovereignly through a young woman Esther, can Intercessors pray during this ‘election’ that God will choose instruments for God’s purposes will be fulfilled in India?

Even today, there are parallels between Esther and modern day India

1.    The Story which begins with a national crisis, ends with God’s people becoming key influencers and authorities in the Kingdom.

“For Mordecai the Jew was second to King Ahasuerus, and was great among the Jews and well received by the multitude of his brethren, seeking the good of his people and speaking peace to all his countrymen”. (Esther 10:3)

3.    There was a conspiracy against the people of God which intended the total annihilation of God’s people. The undercurrents of opposition and persecution against the church will persist but will eventually overcome through intercession.

4.    Similar to Esther’s fasting in seeking God’s favor for her people, today there are millions of Indian Christian believers who love their nation and regularly fast and pray for God’s intervention in the land. Their zeal in prayer resembles the commitment of Esther, ‘if I perish, I perish”.

5.    The evil plot of Haman was brought down and himself destroyed, and Mordechi prevailed and exalted to a place of honor and authority. The Church in India is about to see a manifestation of God’s glory and power which will cause the nation to turn to God.

6.    The Good News of deliverance was send to India written in their language in a special dispatch in ‘fast delivery’ to all the people!

“They wrote out all Mordecai’s orders to… governors and nobles of the 127 provinces stretching from India to Cush. These orders were written in the script of each province and the language of each people…and sent them by mounted couriers, who rode fast horses especially bred for the king. Esther 8:9,10.

The spread of the ‘Good News’ of is going to happen in a speed never seen before!

7.    The Story of Esther is known as the ‘Great Reversal’ in response to intercession!

“On this day the enemies of the Jews had hoped to overpower them, but now the tables were turned and the Jews got the upper hand over those who hated them.”  Esther 9:1 (NIV)

Let us pray for:

1.    The Election Commission, that God’s wisdom may rest upon them to conduct this mammoth Election.

2.    The Security Personnel as they strive to make sure the whole process is smooth.

3.    The Political parties, that they might field the right candidates; the ones who have a heart to serve the people.

4.    The voters to come out and exercise their right to vote (Bad people are elected by the good people who do not vote – William E. Simon).

5.    Harmony and peace during and after the election. The safety of all the contesting candidates, officials and voters.

6.    The election of men and women who practice Justice and righteousness and for the formation of a government that respects people’s rights and upholds Justice, incorruptibility, ethics and freedom of choice.

It is known today, 310 of the 639 such people are found in the nation of India!  India represents nearly 50% of the total people groups waiting to be engaged!

Pray for the Cities in India

50 cities with over 1 Million.

8 cities with over 3 Million.

6 cities with over 5 million

The Growing middle Class:
India’s middle-class is expected to increase by ten times to around 583 million! 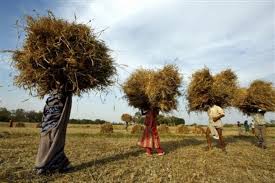 According to marketing analysts: Rural India buys 46 per cent of all soft drinks, 49 per cent of motorcycles and 59 per cent of cigarettes and almost 11 per cent of the rural women use lipstick.

Pray for the Nation.

Here are some prayer request sent by Indian Church Leaders:

This vast land needs revival as all these millions souls should have salvation. There are 630,000 villages which must be with the gospel. These villages are dominated by superstition, witchcraft, secularism, fundamentalism, sectarianism and casteism. Many of these villages are yet to have even the basic amenities such as potable water, medical & educational facilities and transport connections. Poverty, debt, maternal & infant mortality, abuse make life hell for the marginalized. Corruption, bribery, unfair practices are the run of the day and the poor are exploited by rich.

Pray that in this election those who are elected will rule with justice and fairness and bring peace and prosperity to those who are downtrodden. Pray for unity among leaders of the nation and there will be a focus to work for the common good of all.

ISSUES AND CHALLENGES IN INDIA

1.    Pray all social evil should be eradicated from our nation. Pray for child molestation and abuse be eradicated (68,000 cases of rape registered in 2009-11 but only 16,000 convicted across India). Pray for the poor and needy may be fed. They should be protected, instead of being cheated. (Maharashtra food scam: Private companies eat up 100 Billion Rupees meant for poor)

2.    Pray for all children should be given education all across nation both in villages and cities. (Sharp decline in reading level among kids in rural India).  Pray against abortion and for children in the age group of 0-5. Pray against infant mortality. Pray for developmental disorders in children such as autism, learning disabilities etc. Pray that God would cause the people’s hearts from stone to flesh so that they may have the fear of God to protect their womb.

3.    Pray for all the victims of injustice should be given Justice. (India to have 150 Million pending cases by 2040, report says .  Pray for those who are in higher ranks (Judges, police officers, Politicians) should fear God and do right.

4.    Pray that the nation should be free from diseases like Malaria, Dengue fever. (Malaria kills 20 times more than what Govt states). Pray that leprosy should be eradicated from the nation completely.

5.     Pray that Govt. should create more jobs so that everyone will have a job in our nation. Poverty should be eradicated from all across nation especially the downtrodden states like North East.

7.    Pray for the slave workers and flesh workers to be freed from all across our nation. Pray for organizations such as the IJM that work to free them and eradicate bonded labor would be blessed. (200,000 Odisha workers suffer in hellish Andhra brick making kiln)

8.    Pray for the gender discrimination to be vanished from our nation. Pray for husbands to treat women and girl children well. Pray against female infanticide.

9.    Pray that young people and pray against suicides that are the result of despair and depression.

India has a rich heritage of Christianity as it is believed that Apostle Thomas brought it in the 1st Century to South India. That influence is seen in the South by the large presence of both Orthodox and Protestant Christian there. The North East was evangelized by Protestant Missionaries who had great impact in causing a large majority of Christians there in some states over 90%.  However there are large areas in North India which needs a great number of workers and churches.

Although the Government Census says that there are only 2.3% Christians in the nation, the Church sources say that they are over 5-7% of the population. If so, with more than 71 million claiming Christianity, India will be the eighth largest Christian nation in the world.

However, with 456 dialects and more than 2,611 distinct people groups, India still has more people groups unreached with the gospel than any other nation—80% of its population. According to a Christian anthropologist, India is considered the most ethnically diverse country on the planet, and the “new India” is experiencing rapid change, diversity and complexity. According to his identification of the five top trends, with great receptivity to Christianity also comes alarming religious animosity, resulting in persecution and violent resistance to Christianity. India’s Christian history has come full circle from colonialism, in which the West jumped in to “help India’s poor,” to the “new India” that sends out thousands of its own missionaries and is home to hundreds of self-supporting ministries.

God has raised up the Indian Church and Leaders to play a significant role in the Global Missions and in the end time harvest. According to the Indian Government statistics in 2012, there were 21.9 Million Overseas Indians living abroad in 204 countries! India has over 30,000 national cross cultural missionaries within and overseas serving the Lord.

In praying for India, you become a part of God’s great plan for the nations.