Skip to content
Asia How to pray India Update

Have you Missed these Two Worlds? 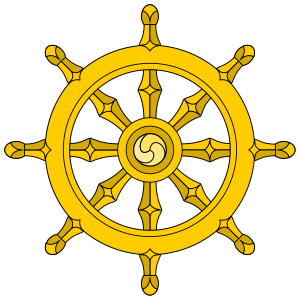 The Two Worlds you may have missed!

In the months of October and November we focus on two worlds of  2 major Religious groups which requires effective Intercession in order to fulfill the Great Commission. They are considered 2 worlds because of the magnitude of people belonging to them and their widespread influence. They also constitute a considerable part of the ‘World’ which God so loved, to send His Son Jesus to die for.

The Hindu and Buddhist Worlds

These two Religions have common origins in the culture of Ancient India. Both have many shared beliefs and practices, but also pronounced differences that have led to much debate
Hinduism and Buddhism both accepted the law of Karma, Dharma, and Moksha and believed in a cycle of rebirth. They both believe in the existence of several hells and heavens or higher and lower worlds. Yet, they consists of nearly 2 billion of lost souls who are yet to be reached with the Gospel!
Since it will take considerable effort and endeavor to reach them, it is vitally important to focus on Prayer to mobilize the whole Church to have a vision & burden and to see breakthroughs in opening of doors and opportunities, and at the same time having more laborers released.

In October we focus on the Hindu World as there is a significant Hindu festival and holidays this month. We encourage you to pray that God would open the eyes and make them sensitive to the realities of the Gospel. And, each week a Prayer Circular will be sent featuring key areas of Prayer.
We appreciate you mobilizing your Churches and Intercessors for this unified effort to see a great harvest of souls resulting from Prayer.

Week 1: Introduction to the Hindu World.

Hinduism is considered to be one of the oldest religion, dating back to 4000 BC. Its adherents are more than one billion across the world, in which 95% live in India. It calls itself “An eternal Religion – Sanātana Dharma “.
Hinduism is a heterogeneous religion, which means it consist of parts or things that are very different from each other.  Therefore, it consists of many schools of thought.

2. What do Hindus Believe:

Belief in many gods.

Hindus believe in Three Gods. i.e. Brahma – the Creator, Vishnu – the Protector, and Shiva – the Destroyer of the Godhead – Brahman.

In order to achieve salvation, they follow the four ways:

Thus, by following any of the ways they believe that their soul will be redeemed from the eternal cycle of rebirth (Samsara) and merge with the Brahman (eternal God).

According to their holy books Vedas and puranas (mythological books) – Ramayana, Mahabharata, they believe that the God Vishnu took ten avatars (a manifestation of a deity or released soul in bodily form on earth) to protect the people from the evil. They believe that the last avatar – Kalki will come to judge this sinful world.
The Hindu sacred texts constitute “the accumulated treasury of spiritual laws discovered by different persons in different times” collectively referred to as the Shastras. There are two types of sacred writings in the Hindu scriptures: Shruti (heard) and Smriti (memorized).

Sruti literature refers to the habit of ancient Hindu saints who led a solitary life in the woods, where they developed a consciousness that enabled them to ‘hear’ or cognize the truths of the universe. Sruti literature is in two parts: the Vedas and the Upanishads.

There are four Vedas:

There are 108 extant Upanishads, of which 10 are most important: Isa, Kena, Katha, Prashna, Mundaka, Mandukya, Taitiriya, Aitareya, Chandogya, Brihadaranyaka.

The Hindus celebrate the festival of lights – Diwali in the month of October to celebrate the return of Ram (avatar of Vishnu) to his hometown after fourteen years of banishment. Hindus Celebrate it by lightning and displaying rows of small oil lamps, participating in family gatherings, consuming special sweets and watching fireworks. Thus they believe that light expels darkness and start of the new beginning in their lives.

This is why we dedicate this month for Prayer for Hindus, who are seeking the God during this festival might come to see, hear and understand the free grace of God in Incarnate Jesus who is the light of this world.

Hinduism is the third-largest religion worldwide, with approximately 1.2 billion Hindus in many different countries. Hinduism is the dominant religion in three countries, India, (78.9%), Nepal  28.6 million (80.6%) and Mauritius (48.4%).
Hinduism enjoys a global presence as many regions around the world support significant populations of Hindus, including the Caribbean, Southeast Asia, North America, and South America.

10 Nations with largest number of Hindus.

Where are the Hindus?

Hindus in Other Nations.

Some of the Challenge in reaching Hindus are:

Prayer Resources for Praying for Hindus in India.

Register with the International Prayer Connect to join in Prayer this week.

Next Week: Praying for Hindus in India.